TMT Team of the Year

The entries have been assessed, the shortlists have been drawn up and our panel of general counsel judges have had their say: we are now delighted to reveal the winner of TMT Team of the Year for the 2020 Legal Business Awards.

The winner of this category has demonstrated market-leading commercial or regulatory expertise through its advice on a specific, IP, technology or media case or transaction.

RPC’s TMT team, led by partners Mark Crichard and Charles Buckworth, advised LINK on the hugely-complex tender process for outsourcing all telecoms and technical infrastructure that sit behind its network (as well as the provision of settlement services) – a network that handles more than three billion transactions annually.

This was high-stakes, bet-the-company work. The tender requirement followed a mandate from the Payment Systems Regulator (PSR) that LINK run a competitive process for all its underlying switching and settlement technology and services, to ensure sufficient competition. Get it wrong and not only could that spell the end for LINK, but it could also create havoc for business and consumers.

RPC had to plan, construct and execute a competitive process that closely mirrored a public procurement, with all the stringent controls, processes and requirements for transparency and equality of treatment. This created a far-more challenging proposition in what was already a huge technology outsourcing.

RPC collaborated with LINK to draft contracts and run full, parallel negotiations with shortlisted bidders – while satisfying and reporting on complex regulatory requirements, many of which had never been translated into contract requirements before. In a standard outsourcing you typically only need to satisfy the client. But here, RPC had to meet competing demands of LINK’s regulators and obtain approval by over 35 stakeholders, including LINK’s card-issuing and acquirer members.

LINK had a regulatory obligation to complete the process on time or risk sanction by the PSR – so the clock was always ticking. Given the number of stakeholders – several outside the UK – and the novel elements to the deal, working closely as a team was critical. RPC helped LINK deliver the deal on time, to budget, against an extremely challenging schedule and intrusive regulatory oversight.

In the words of John Howells, LINK CEO: ‘We couldn’t have had better support from RPC in what was a critical and complex transaction. They really understood the commercial and regulatory drivers, delivering a service that was clear, commercial, focused and well-managed. What’s more, they were all a pleasure to deal with – good humoured to the end.’

A Reed Smith team led by Michael Skrein achieved a unanimous Supreme Court win for BT and EE in a case concerning the allocation of cost liability for implementing orders for ISPs to block access to counterfeit websites.

This was a four-year legal battle that culminated in a ground-breaking unanimous 5-0 verdict by the Supreme Court judges. It overturned the Court of Appeal (which upheld the High Court), holding that luxury brands such as Cartier, and not the ISPs, must foot the bill for the costs of implementing orders for the ISPs to block access to counterfeit websites. Given the huge ramifications for intellectual property rights on the internet, this seminal case was watched closely all over the world.

Leveraging its lengthy history and expertise in IP and technology, the firm was engaged by Genomics England, the body behind the 100,000 Genome Project, to help develop its PanelApp online tool.

Succeeding through a competitive pitch to Orange Business Services, the firm advised the client on the development of its Information and Communications Technology Legal Certification Programme.

In a high-stakes patent dispute, involving only the second successful use of an Arrow Declaration, the firm represented GlaxoSmithKline in the High Court against Vectura, the UK-based drug formulation company. 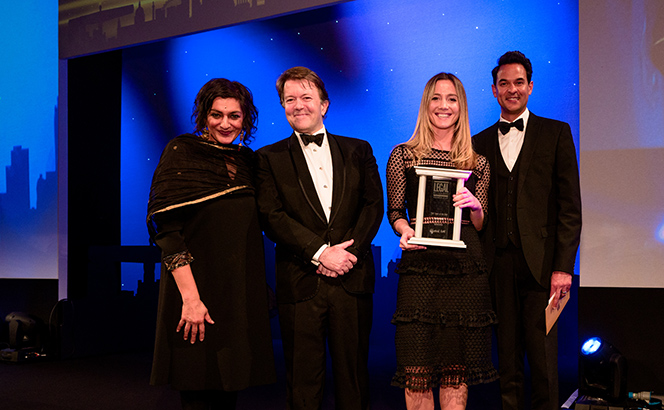 Advising Ernst & Young on its joint venture with Guardtime to develop the Insurwave platform – the world’s first blockchain for marine insurance – which has the potential to transform the global insurance market.

The firm was appointed by Nesta, the innovation foundation, to be its sole legal provider for stage two of the Open Up Challenge, which means advising 12 fintech businesses on bringing their products to the market, including authorisation applications to the FCA, regulatory concerns around data usage, IP issues, data protection and commercial contracting.

Successfully representing Unwired Planet International against Huawei Technologies in a landmark standard essential patent dispute in the Court of Appeal. The case centred on important issues over licensing patents under fair, reasonable and non-discriminatory (FRAND) terms.

Playing an integral role in bringing ITSO’s secure authentication ticketing technology onto mobile devices. This cutting-edge Internet of Things project is a key part of the government’s £80m programme to bring smart ticketing to the whole of the UK.

Successfully defending Google against a class action led by the former executive director of Which? magazine. The case, which was backed by £12m of litigation funding, centred on the setting of cookies on Apple’s Safari browser.