Lawyer of the Year

After reviewing the evidence for dozens of candidates, we are delighted to reveal our Lawyer of the Year for the 2020 Legal Business Awards.

This award acknowledges a truly exceptional individual contribution to the profession during 2019 by private practitioners, in-house counsel and barristers. Judges were looking for evidence of exceptional performance in any area that makes the chosen lawyer stand out from their peers.

While managing partner James Libson has played a central role in the dynamic growth of Mishcon de Reya over the last 20 years, his recent work in using the law to counter discrimination in the Labour Party and his role in the Miller prorogation case gave him the edge in this category.

2019 saw him defend high-profile politicians, including Margaret Hodge and Luciana Berger who were the victims of anti-Semitism and other forms of racism, as well as representing the Jewish Labour Movement in its referral of the Labour Party to the Equality and Human Rights Commission – a strategy Libson conceived and executed.

Libson has acted for whistleblowers in the health, financial services and political sectors since the legislation was introduced in 1998 and also defended several of the whistleblowers under attack from the Labour Party.

He also led the solicitor team that represented Gina Miller in her case against of the government’s decision to trigger Article 50 without a vote of parliament and more recently was instructed by Miller again in relation to the proroguing of parliament by Prime Minister Boris Johnson to bypass a vote in parliament to achieve a no-deal Brexit.

In this second historic victory, the Supreme Court held: ‘The decision to advise Her Majesty to prorogue parliament was unlawful because it had the effect of frustrating or preventing the ability of Parliament to carry out its constitutional functions without reasonable justification.’

Mishcon said Libson’s work was characterised by acting almost always on behalf of clients at the epicentre of hostile, extreme (and often violent in its discourse) attention. Outside the law, Libson is noted for being extremely active in the charity sector, in particular in causes addressing the needs of refugees.

Head of the rail sector group and recently promoted to global head of Stephenson Harwood’s finance practice, Samuel combines a market-leading practice for clients such as TfL and the Department of Transport with her role as mentor and spokesperson for gender and sexual orientation diversity within the profession.

As well as balancing her impressive career, Samuel has four children, is an ex-England and Saracens rugby player and coaches and sponsors a girls’ rugby team. Her contribution to promoting women in rail and law, as well as her commitment to wider diversity, is outstanding.

Samuel regularly represents Stephenson Harwood at Aspiring Solicitors events that seek to improve access to the profession and in March 2019 she helped launch the firm’s LGBT+ network by interviewing rugby player and activist Gareth Thomas at a launch event.

Recent mandates include advising TfL on Crossrail and the Department of Transport on a variety of matters. She has also given evidence to the UK House of Commons Transport Select Committee as part of its inquiry into rail infrastructure investment.

Cole represented district judge Claire Gilham in a landmark victory in the Supreme Court, convincing the court that she should be granted the same legal protections as other whistleblowers under her European human rights and securing protection for all UK statutory office holders.

Leading HSF’s London public law practice, Lidbetter had an outstanding 2019 during which he handled judicial review, public inquiry and other regulatory work across a range of commercial sectors and pro bono for NGOs. This has resulted in him having three successful judgments intervening for clients at Supreme Court level, including in the parliament prorogation case in September.

A leading light at the property Bar, in the past 12 months Wicks QC has appeared in the Supreme Court twice (in S Franses v The Cavendish Hotel and Dr Julia Duval v 11-13 Randolph Crescent) and the Court of Appeal (in Churston Golf Club v Haddock). Furthermore, she appeared in Canary Wharf v European Medicines Agency, one of the most high-profile property cases of 2019. 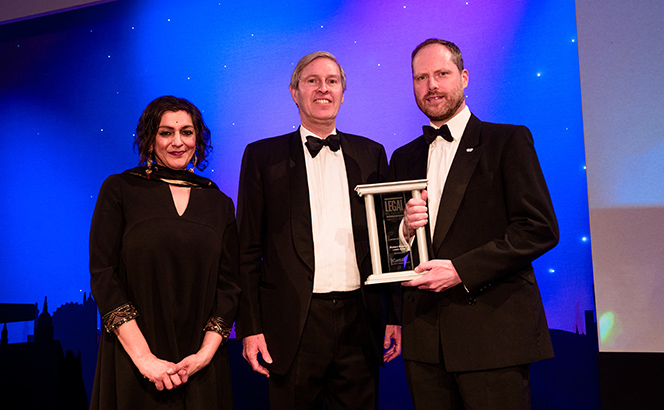 Led the high-profile investigation for The Old Vic into the allegations of sexual harassment against Kevin Spacey. He then advised pro bono on the set-up of ‘The Guardians Programme’, designed to allow employees a confidential outlet to share concerns about behaviour at work and continues to advise and train other organisations who want to set up a similar programmes.

Dubbed ‘The Fixer’, Neylon has carved a niche advising international companies on difficult, esoteric issues in challenging and hostile environments, from terrorism to kidnapping, hijackings, drug seizures, and detentions of people and property by recalcitrant authorities.

One of the youngest managing partners in the UK, Joshi has overseen Hodge Jones Allen becoming the first law firm to be entirely owned by its employees, in a structure very much akin to that pioneered by John Lewis, after its equity partners agreed to sell the business to an employee ownership trust.

One of the UK’s most respected tax law silks, Maugham QC has won plaudits and faced brickbats in recent years for his work as the founder and director of The Good Law Project, through which he has played a key role in bringing to court a number of legal challenges to the Brexit process.

In 2018 Taggart, partner and EMEA head of employment at HSF, led on an award-winning pro bono initiative working closely with Working Families. He came up with the idea of developing an innovative web-based solution that is now used by a variety of law firms to assist Working Families, getting support quickly and easily those who need legal and practical advice.