International Firm of the Year

The entries have been assessed and our research completed: we are now delighted to reveal our International Firm of the Year for the 2020 Legal Business Awards.

This award acknowledges leading independent non-UK or US law firms – operating onshore or offshore – in mainland Europe, Latin America and the Caribbean, Asia, Australasia, the Middle East and Africa. Key factors taken into account by our judges include a clear demonstration of growing market share, a well-conceived business strategy, stellar financial performance, strong management, a successful recruitment and retention strategy and a significant client development programme.

Slaughter and May’s Italian ally, BonelliErede, laid claim to moving ahead of its competitors with a key strategic move last summer – taking over litigation and corporate independent, Lombardi e Associati.

It was undoubtedly a significant move in an Italian legal market traditionally used to schisms. The merger sees Bonelli strengthen its position as the largest of the country’s three champions, growing its lawyer headcount by 70 to more than 500. It almost doubles Bonelli’s disputes ranks, adding 40 lawyers to hit 100. The rest of the legacy Lombardi team is split across restructuring, M&A, intellectual property, administrative law and banking.

Management at Bonelli – led by president Stefano Simontacchi – is now bullish about its prospects in a market where the litigation scene has traditionally been dominated by small boutiques, claiming that a general counsel or a company that has a major litigation issue will make Bonelli its first port of call. For Lombardi – a highly regarded disputes boutique – tying up with an institution secures its future in an Italian legal market that is consolidating fast.

In a static market where the big three firms are to an extent dominated by patriarchs, Bonelli has emerged with a clear strategy of innovation and internationalisation. While it is clear to point out that it is not pursuing growth at all costs its recent moves have demonstrated an ambition that could move it ahead of its competitors.

Well respected by peers and a previous winner in this category, German market-leader Noerr has a solid track record of revenue growth over the last decade, having more than doubled its turnover from €105.8m in 2009. Its most recent financial performance was particularly strong, increasing turnover by 13% to €229.4m while revenue per lawyer rose 6% to €542,000.

To drive its goals of remaining at the forefront of its home market, Noerr has continued to invest significantly over the past 18 months, especially through strengthening in corporate, litigation and regulatory through partner promotions and lateral hires, as well as pressing ahead with the modernisation of the infrastructure and digitalisation of the firm.

BDGS was formed in 2013 by four former Gide Loyrette Nouel partners who believed that a small, transactions-focused player had more chance of success than a large firm. The 35-lawyer practice has quickly established itself as the strongest domestic challenger to local leaders Bredin Prat and Darrois Villey Maillot Brochier.

Considered the top independent law firm in the Netherlands, De Brauw turned over €174m in 2018, thanks to the contribution of key players such as corporate head Arne Grimme and working with the likes of Slaughter and May on Takeaway.com’s $10bn acquisition of Just Eat.

As the only elite Irish firm to disclose its financial performance, Mason Hayes has doubled turnover in six years to December 2018, with revenue growing 8% to €82m. Evidence of growing market share in Dublin can be seen from eight lateral hires from direct competitors in two years.

A serious challenger to the Spanish legal elite, Pérez-Llorca is recognises by local and international firms in Madrid as an important competitor, not just for Spanish clients. The numbers confirm this: the firm grew revenue by 30% to €52m in 2018, following a 20% growth the previous year.

Cementing its position as the top Spanish independent firm, recent mandates included advising Abertis on the $19bn takeover by Atlantia – the fourth-largest European deal in 2018, contributing to the firm hitting €240m in global revenues in 2018. 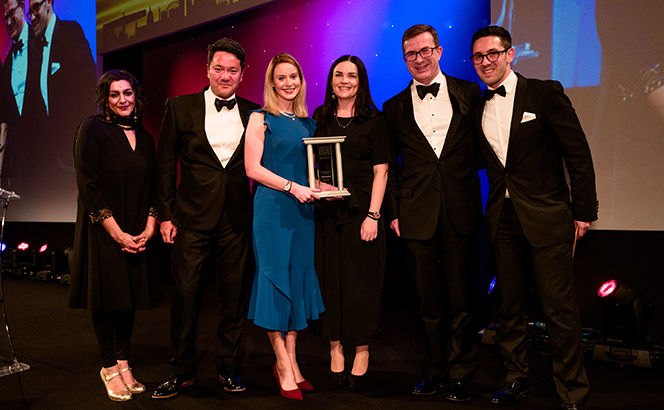 This Dublin powerhouse combines strong financial performance with standout mandates in M&A, property, financial services and litigation. Its international strategy is clearly defined with the US, UK, China and Germany key areas of focus. Its commitment to embracing new technology, supporting CSR initiatives and promoting diversity are impressive, with almost half the partners appointed in the last six years being female.

A firm that is clearly in the ascendant, when set against the big Spanish trio – Cuatrecasas, Garrigues and Uría – Pérez-Llorca manifestly continues to make great progress. A striking 20% growth in 2017 is combined with a strong set of 2018 deals, including advising CVC on the acquisition from Repsol of a 20% stake in Gas Natural for €3.8bn.

As a key plank of its four-year strategy, McCann FitzGerald’s new technology-led legal services business division is impressive, combining legal project management, agile resourcing and digital services. Growth in lawyer numbers (34% since 2008) and a highly impressive deal list attest to a strong performance for one of Ireland’s most respected law firms.

Consistently noted as Germany’s leading independent firm, Noerr’s sustained financial performance comfortably surpasses its domestic competition over five and ten years, while an abundance of strategic and technology initiatives show the strength of management planning. In terms of diversity, flexible working and training, Noerr is also ahead of its German rivals.

The strongest performer in the last 12 months of Spain’s big three, Uría matched its revenue growth of the previous year of 6%. Its stake in PPU (in Chile, Colombia and Peru) has delivered a consistent stream of domestic and cross-border activity – around 12 per cent of its revenue is now generated in Latin America. A raft of heavyweight deals – 240 totalling €73bn –
confirm a strong year.

While one of the smallest of Ireland’s elite firms in terms of headcount, this has not prevented William Fry from outstanding performance – both in terms of revenue growth and winning impressive work. A particular highlight for 2018 was its role advising the Software Alliance, the leading advocate for the global software industry, in relation to the Max Schrems case.