In-House Team of the Year

This category is open to UK general counsel and their teams from any industry sector. Tying in with our annual GC Powerlist report and event, this award will be presented to the team that can demonstrate outstanding performance on behalf of the company, either through innovative use of its own resources or effective management of external law firms. 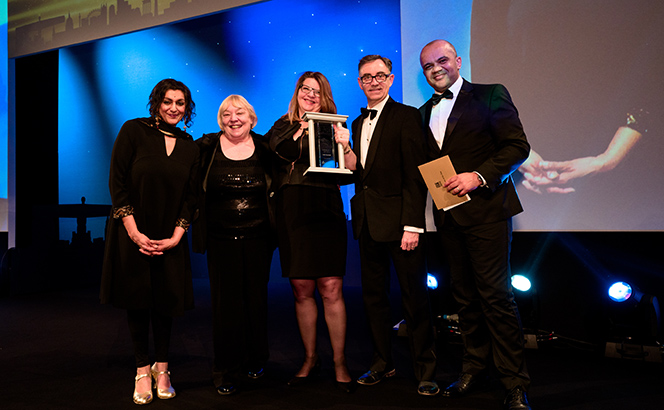 General counsel (property) Crick has overseen her team’s work on Project Condor, which completed towards the end of 2018. This landmark sale of Network Rail’s commercial estate portfolio included over 5,200 units across England and Wales to Blackstone and Telereal Trillium, and was one of the largest real estate deals ever in the UK, raising £1.46bn to invest in the future of UK’s railways. As such, an in-house team of the highest calibre was required.

Three major projects dominated the workload of Newby’s 140-strong legal team throughout 2018. There was GDPR and an European Union Insurance Distribution Directive to deal with, as well as a headline Brexit transaction the insurer announced in April 2018: splitting its European business between two new entities in Luxembourg and the UK to ensure little disruption to its coverage when Britain exits the EU.

The in-house legal department of more than 750 staff at global banking giant Barclays, led by global GC Bob Hoyt, completed a radical overhaul in its management of external law firms ahead of a long-planned move away from formal panel arrangements by 2021. The new model is touted as replacing resource-intensive adviser reviews with an ongoing relationship management system. In-house legal department savings generated are believed to run into the tens of millions of pounds as a result of the changes.

Thanks to general counsel Catherine Johnson’s managed legal service initiative, where entire high-volume aspects of the legal function are outsourced to Lawyers On Demand and Axiom, the in-house team at LSE exclusively consists of experienced lawyers who add value. Encouraged to engage at board level and to run transactions from the very beginning while not being siloed into one geography or practice area, job satisfaction within the team is very high.

The in-house legal team at Worldpay has drawn praise for its perseverance in the face of a highly stressful year. After the world’s biggest payment processing merger with Vantiv in 2018, the team has had to contend with significant movement of people, staff and products, as well as the not insignificant task of Brexit planning and an exponential rise in regulation. Not dropping any balls throughout the process is a significant achievement for a team launched from scratch six years ago.