GC of the Year

After reviewing the evidence for dozens of candidates, we are delighted to reveal our GC of the Year for the 2020 Legal Business Awards.

The winner of this award is a UK-based general counsel who has truly led the way for their business in 2019. Key factors that influenced our judging panel included board profile, outstanding strategic thinking, superb communication skills and the extent to which individuals have the support of their teams in delivering exceptional value to the wider business to help it move forward.

Overseeing an increase of headcount across TP ICAP’s legal, compliance, risk and corporate secretarial teams by 35% in the year to October 2019; savings of more than £500,000 generated by the establishment of a global centre of excellence for compliance monitoring in Belfast; and a reduction in external legal spend of more than £2m are just some of the reasons Philip Price was the standout choice for this year’s award.

All of this comes against the backdrop of Price’s global transformation programme across his functions in Europe, Asia-Pacific, and the Americas, with a focus on people, process, technology and information.

On the people front, Price appointed Mark Turner as global COO to lead operations for the legal, compliance and risk function and accelerate change in technology adoption. Price also appointed Amir Zaidi, formerly director and head of market oversight at the CFTC in New York, as TP ICAP’s global head of compliance.

The compliance monitoring and surveillance centre in Belfast has been another proven success. Housing more than 300 staff, the centre forms an integral part of the compliance function and does the initial work on any monitoring issues that arise before further evaluation is undertaken with staff in London.

Meanwhile, Price oversaw major savings for TP ICAP by spearheading a law firm review in EMEA to focus on expenditure across a reduced panel of firms. Such was the success of the review, savings of £2m were made in just the first year of implementation, achieved primarily by unbundling and pricing matters according to their complexity and providing innovative solutions for the firm’s legal requirements.

Says Allen & Overy corporate partner Richard Hough: ‘I have had the pleasure of working with Philip for a number of years. We have worked together on many high-profile matters, often in extremely pressured and demanding circumstances. One highlight includes advising Tullett Prebon on the £1.3bn acquisition of ICAP’s voice broking and information businesses, to create TP ICAP. The deal was extremely complex and Philip’s leadership and assured presence throughout was key to its successful completion.’

Almost winning this year’s award was Rolls-Royce GC Mark Gregory, who similarly has helped encourage evolution by leading the company’s cultural change programme and changing the business’ approach to ethics and compliance.

The cultural change programme is about improving how people feel when they come to work, according to Gregory. That includes making things such as risk management part of people’s day-to-day thinking without giving them ‘initiative fatigue’, and creating an environment in which people can be at their best and have accountability.

Specific projects driven by Gregory include moving away from a paper-based, 30-page code of conduct to an app that is on everybody’s phone and is available offline, as well as an ethics phone line. More specific guidelines have been provided around mandatory training and mental health, and bullying and harassment policies have been reassessed.

Gregory believes that coupled with these efforts is the need to create a culture where people feel comfortable speaking out – not just around ethical issues but also product and process safety – even if it is detrimental to the financials of the business.

Booth is one of the brains behind the game-changing Bionic Lawyer Project, described as a ‘do-tank rather than a think-tank’. He has brought together a diverse group of around 250 people hailing from inside and outside the legal industry, with the aim of changing the way that lawyers collaborate to create value.

As Centrica’s group GC, Campbell had big shoes to fill when she replaced prominent and long-serving GC Grant Dawson in March 2019. Added to that, she and her 200-strong legal team have since been thrust into a major company restructuring designed to reposition the business as a low-carbon energy provider. 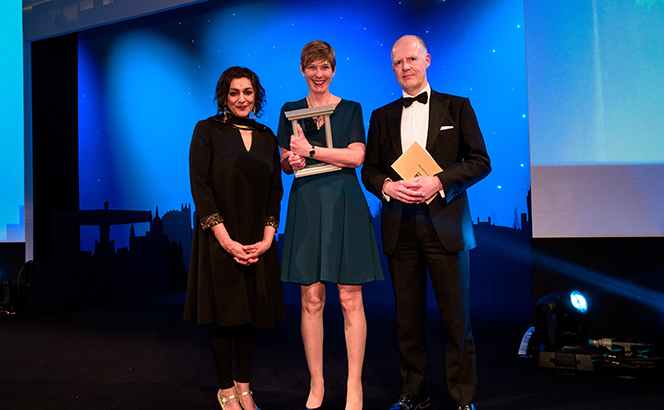 Vernall wins plaudits for leading on the fintech company’s September 2018 IPO, managing a team of 32 that came together on this landmark transaction, as well as advising on day-to-day regulatory matters in a complex commercial environment. Despite this, Vernall is noted for her calm demeanor and ability to go over and above the confines of the GC role to make an impact on the business.

Davis last year saw the introduction of a global legal advice panel, and the breaking of a 97-year-old duck as a result. He observed the company could make considerable cost-savings by overhauling its attitude to external advisers and dedicated 2018 to correcting this, slimming down a flabby roster of 40-50 preferred firms to a list of just eight.

2018 was a very busy year for this GC, dealing with the back end of a global criminal investigation, massive internal restructuring programmes and high-profile issues with its Trent 1000 aircraft engine. But on top of that, Gregory has been charged with improving efficiency – having to reconfigure his team in the wake of a company-wide restructuring affecting 4,600 jobs.

As the general counsel and chief legal officer of Pearson, Tellmann has managed to cut more than 40% off the in-house legal department’s fixed costs in the last few years and is confident he can get a further 20% reduction in the next two. His 170-strong legal and compliance team is down from about 220 when he first joined Pearson from Coca-Cola in 2014.

Widely regarded as having one of the toughest gigs in in-house law, Wilson has risen the ranks since becoming the ridesharing company’s first UK lawyer back in 2015. He has managed a raft of high-profile legal and regulatory setbacks since, most recently in litigation relating to Uber’s London licence and a separate battle over the employment classification of its drivers.